Nick is a commercial / advertising photographer and film-maker, based close to Bristol and Bath in South West England.

He works principally on location, but has a 40 Sqm studio at Coombe Lodge; perfect for portraits and small product photography.

Over the years, he has worked with a wide range of well known brands including Land Rover, Aston Martin, Apple and magazines including Country Living, Hello and The Tatler. His moving image projects have appeared on BBC, and National Geographic television.

Nick is privileged to have a close relationship with key camera and optics manufacturers. A member of the Adobe Pre-release team, he presents Lightroom and Photoshop for Adobe at major events. This keeps him on his toes for regular teaching workshops and holidays featuring wildlife and landscape photography that he markets as 'The Wild Photographer'

"Having worked with Nick on a number of occasions I can wholeheartedly recommend him. As a filmmaker he has a keen eye for detail, composition and colour, which helps him to produce some great visuals. Allied to this is an almost encyclopaedic knowledge of technical 'stuff' that is incredibly useful, and spans camerawork, editing, sound recording and stills photography. He's also incredibly diligent and will go the extra mile to get footage that is just right. I'm sure we'll be working together again soon."
Jason Porthouse, Editor and Director.

“The film is lovely and it was a pleasure to work with you!”"Verity White, Five Films, (UK commercial)

Thank you SO much for this - from me and all the team here, we really appreciate it!
Your film is wonderful by the way. It shows off the beauty of St Cuthbert's so well!"
NP, Producer, OneTribeTV

"Thanks again for your footage – it was a godsend … well done on getting it and spending two days trying! … hope to work with you again soon"
Stephen McQuillan, Series Producer for The One Show, Icon Films (long-lens wildlife footage for The One Show)

“A charming, beautifully made film. I agree with the filmmaker that the authenticity of the voices in the film bring an extra dimension to the narrative.”
Laura Marshall, Icon Films, Judge at Shepton Digital Festival 2012 (talking about 'Horse Tales')

“Thank you to everyone involved - especially Verity White and Nick Wilcox-Brown it was a pleasure working with you all”
Michael Keigwin, Founder of Uganda Conservation Foundation (Wildlife Cameraman on four films for UCF)

”Superlative quality – I would love to be able to achieve this level of perfection”
Angela Williams, Judge at Shepton Digital Festival 2012 (talking about 'For the Love of Fine Paper')

"thanks for taking those amazing photos of the music video 'Sequoia' by @LundQuartet at @TheBottleYard"
180 Rental, Bristol (stills of music video)

"Thank you so much for the stunning images you took – they are fantastic. We are so excited to have a wide range of fantastic images for us to use to promote the event over the coming year and raise more funds for Barnardo’s work.
Your help was invaluable and I’m so glad you enjoyed the weekend! Thank you!"
Pamela Shorney, Barnado's (action / portraits of participants in Barnado's Cardiff Marathon)

"Thanks for the photo shoot. We are really pleased with the images."
Richard, Director of Bridgwater Vet Group (portraits / Interiors of Veterinary practices)

"Thanks for a very enjoyable couple of days, I do feel more confident about doing my own productions in future. It made a lot of difference having a small group of interested, good natured participants. So it was fun as well as informative"
Michael Crockett; Advertising Photographer, London, UK

"Thanks for all your hard work I had a really good time"
DD; photographer

"Thanks very much Nick. Very much enjoyed the day....fab not having to travel up to London!"
LB, BBC Technical specialist, Bristol.

“The tuition was delivered expertly by Nick who has an obvious passion for photography, wildlife and the environment. Within a few hours my photography had improved immensely.”
IW, Guest on Wildlife and Process 2019

“It was a pleasure to use those beautiful recordings."
Dan Berridge, Sound Designer; BBC Natural World ‘Iceland - Land of Ice and Fire’

Nick's studio is at Coombe Lodge in the Chew Valley, 20 minutes from Bristol, 2.5 hrs from Central London. He also has a base in the Highlands of Scotland.

If you would like to discuss a course, photography or a film project, give us a call… 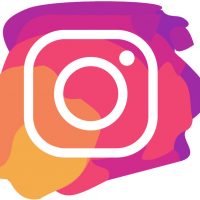 All content & Design © 1993-2021 Nick Wilcox-Brown. No use without written licence. All rights reserved.

All testimonials and feedback are unedited. Original documents / emails can be provided on request